I am in love with this city. It may be cold (in fact, it snowed while I was out and about walking around), but I love wandering around, being surrounded by history and culture. I set out today with my trusty guide book and really warm gloves to see the Buda side of the city.

I started the day by crossing the Szechnyi Chain Bridge. This was the fist bridge built to connect Buda to Pest, and is arguably the prettiest bridge across the Danube. Even better? It was built by a Scotsman.

Once I crossed the bridge, I took the famous funicular to Buda Castle. It was built in the 1860s but destroyed during WWII and then restored in 1986. 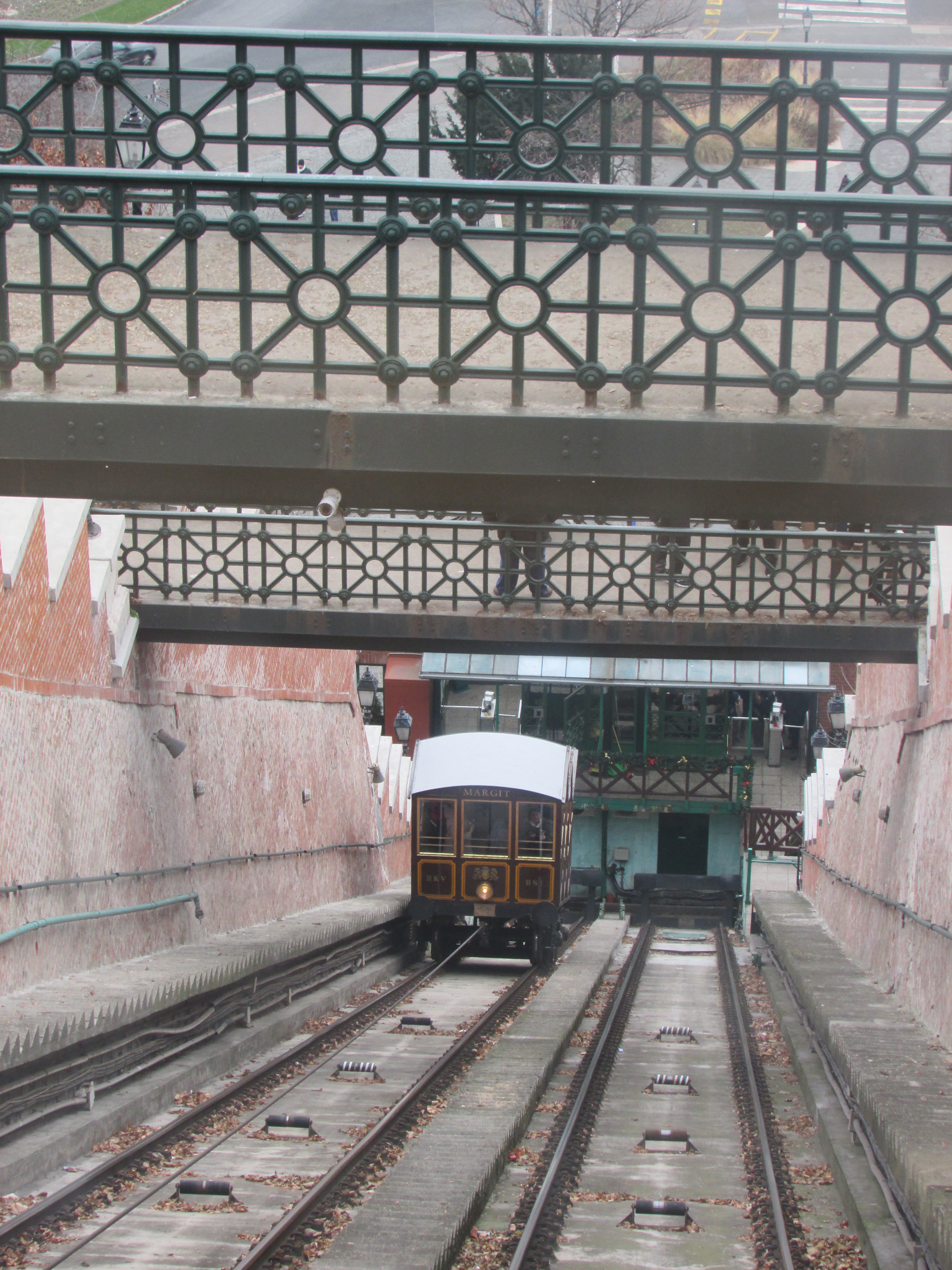 Once at the top, I headed to the Hapsburg Steps. It was one of the entrances to the castle built in 1903.

I wandered around the castle grounds for a bit, saw where the current government is housed and then moved on through the city. It took me to a place that was recommended to me by a friend when I first booked my trip: Labyrinth in the Castle District.

This place is terrifying. The cave is said to be half a million years old and was once a bunch of different chambers that have since been connected. They have been used as wine cellars, prisons, torture chambers, and host to masked balls and all sorts of other sinful activities. It also holds the famous Dracula Chamber where King Matthias had him brought after capturing him in Transylvania.  That was a scary chamber, half concealed in the dark and lit by blue lights that put a scary look about the place. I was the only one down there for most of my wander, and there were a few times where I was a bit scared to go through to the next section because it was dark and creepy (and I was listening to My Favourite Murderer). I made it through though and feel a bit braver for it.

From there I continued my wandering up to the Fisherman’s Bastion. It  was built as a viewing platform in 1905 by Frigyes Schulek, the architect behind Matthias Church. Its name was taken from the medieval guild of fishermen responsible for defending this stretch of the castle wall. It started to snow while I was wandering around, but that did not make the views any less beautiful. I’m a little sad that the day was a bit foggy so I missed on some of the views, but well worth the trip.

After a quick visit inside the church to warm up, I moved to the Gates of Vienna and the edge of the boundary for the Castle District. I wandered down the colourful streets and in and out of some more Christmas markets. I passed the controversial Hilton Hotel. It has part of a Jesuit College and an old Dominican Church as part of its property. It is a bit odd to see. I wandered back down to where I am staying and found some nourishment in the form of cake. Yummy Hungarian cake. It is amazing. Wonderfully light and tasty. I waddled to my room afterwards and have been laying in bed in a slight cake coma ever since.

Tomorrow is the first night of Hanukkah, so I feel like it is a good day to wander through the Jewish Quarter and see the Great Synagogue….which is a quick five minute walk from my hotel.