I will never make fun of my mom and her love for guided tour vacations again. I like to go on solo adventures, and I love exploring new places, but exploring a place where I don’t speak the language and the map doesn’t exactly make sense does not lend itself to a good day of sightseeing.

I went on a mini guided bus tour of the city, but then had a whole day to myself to wander around alone. The day started off with a cruise from Tallinn to Helsinki 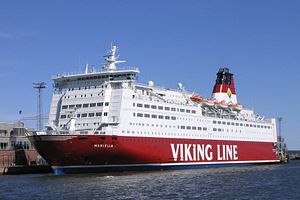 I did not take this photo. My butt was on a boat at 7 am and the sun was not out yet. This is what the boat looks like though.

I spent the day wandering through the maze of shopping centers and looking at the beautiful architecture. I had a really hard time reading the map, so I made a few circles before I was able to find some of the museums.

The only problem was that most of them are closed on Mondays.

I was able to see some of the wonderful architecture 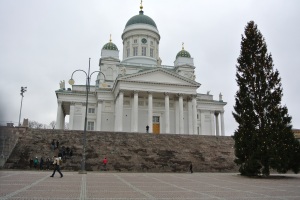 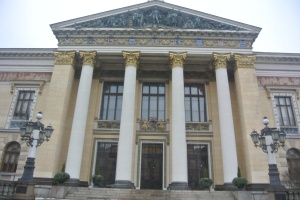 My favorite part of the day in Helsinki was visiting The Temppeliaukio Kirkko (Rock Church) is a thrilling work of modern architecture in Helsinki. Completed in 1969, it is built entirely underground and has a ceiling made of copper wire. According to Sacred Destinations:

The Temppeliaukio Kirkko was designed by architect brothers Timo and Tuomo Suomalainen. Construction began in 1968 and was finished a year later in 1969. The architects chose a rocky outcrop rising about 40 feet above street level, and blasted out the walls from the inside.

The Temppeliaukio is now most commonly known by its English name, the Rock Church or Church in the Rock. It is one of the most popular tourist attractions in Helsinki and frequently full of visitors. 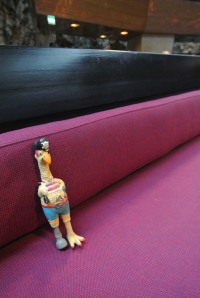 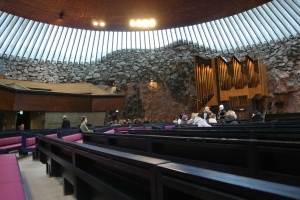 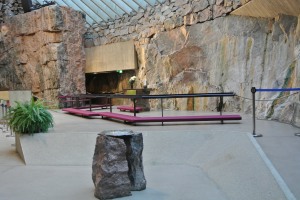 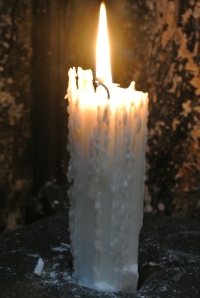 The church was beautiful. It was peaceful and quiet, and surprisingly warm inside. Chicken and I sat among the other tourists and said a quick prayer before we moved on for the day. I would have stayed there a lot longer if I knew I wasn’t going to be able to read a map.

It is funny to me that I got lost in Scotland a lot that first month. Not once did it bother me. I had my ipod and a playlist of good music and I would laugh at myself and the things I stumbled on accidentally.  That was not quite the case here. I was a little discouraged that the map let me down, and not enough people understood English well enough to help me. After awhile, I was tired of wandering alone, and wished I had someone there to take funny pictures with, and someone who would help me pose chicken in front of all the landmarks.

I’m now in Latvia, and I am going to try and break the cycle and read a map in Latvian tomorrow. I have a Lonely Planet guide books, a map of the city, and a mission to locate a Jewish Synagogue that was only spared during WWII because of how close it was to Old Town and where the Nazis were occupying. Lonely Planet also suggests I go on an art walk, which I think sounds like a great idea. If I had enough time, I would have planned a trip to the national park outside the city to tour the castles, and bungee jump from a cable car (don’t worry mom, there is not enough time for that to happen).

I’m excited for a scamp around the place of my mother’s people, and a chance to eat some very yummy pelmeni.