The universe was certainly not throwing me any bones this week. I had to spend one day this week learning how to be a salesmonkey for the tutoring centre, and got sent home from the same centre after the care inspector came to accredit the centre and it was discovered that I still had some pending paperwork, and I spent the better part of Friday at the doctor’s office having half my blood drained from my body, and having to expose myself to a nurse so the UK can be sure I don’t have cervical cancer.

Usually I have a two dinner minimum before someone can get that up close and personal with my cervix…..just saying.

In my rush to get the doc appointment sorted, get to the tutoring centre on time, and generally not be a cranky pants, I blew a fuse in my flat. I was lucky enough to only blow the ones that control the overhead lights. My power, heating, and cooking appliances all still worked.

The bad news is that I only have overhead lights.

Have you ever tried to pee in pitch black? It is scary.

A little mood lighting on a Friday night.

The problem with my flat is that it does not have a circuit breaker box. It should have been as simple as flipping a switch, I could flip a switch. I’m embarrassed to admit that I had to text my landlord to actually find out where the circuit box was. I have been starring at it for months without actually knowing what it is….because it was outdated in the 1960s.

Luckily the circuits were labeled, so I knew what needed to be fixed. I wasn’t super comfortable with fixing it on my own though. I text my landlord, and she basically told me I was on my own and to have fun fixing it.

I did what any self respecting girl does when she is tired, ill, and doesn’t know what to do with electrical problems: I called my mom and cried. Luckily she was nice enough to let me cry, and reminded me of some things to do to make sure I didn’t blow up the flat.

I then used my research skills to find a hardware store near mines, and set off this morning on a trip to find a new fuse. The first place I went did not have what I needed. The guy who runs the store laughed when he saw the fuse because no one uses them anymore. He suggested that I might need a man to help me out, and then pointed me in the direction of a vacuum repair shop that he thought might have what I needed.

I love that vacuum repair shop. When I walked in I was greeted by a woman in her late 50s. She laughed when I told her I was a fish out of water and not really sure what to do. She was super nice and explained that I needed to replace the fuse wire, and how to do that before sending me on my way. She told me she had faith that I would be fine.

I made it home with a mission. I checked Youtube for a video just in case I forgot anything, and then I got to work. 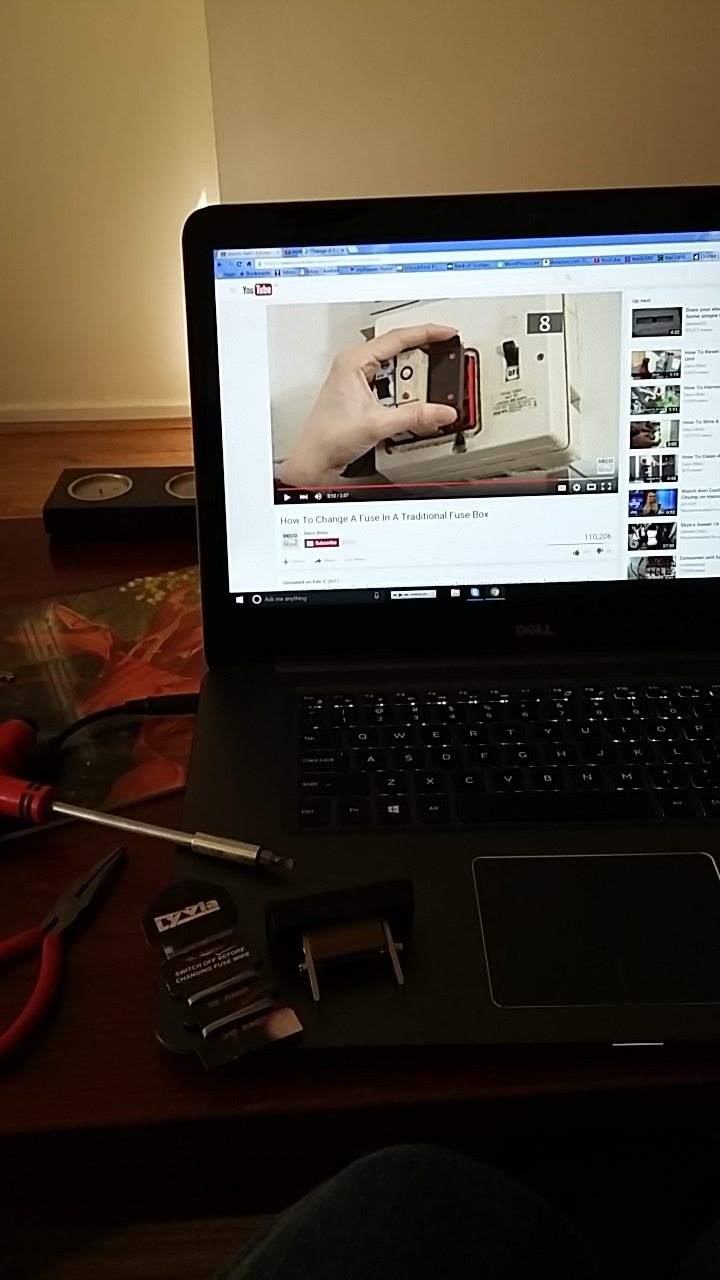 I was surprised that once I had the fuse wire I actually had all of the supplies that I needed to restring the fuse.

I was able to get the wire into the fuse and trimmed and wrapped appropriately. 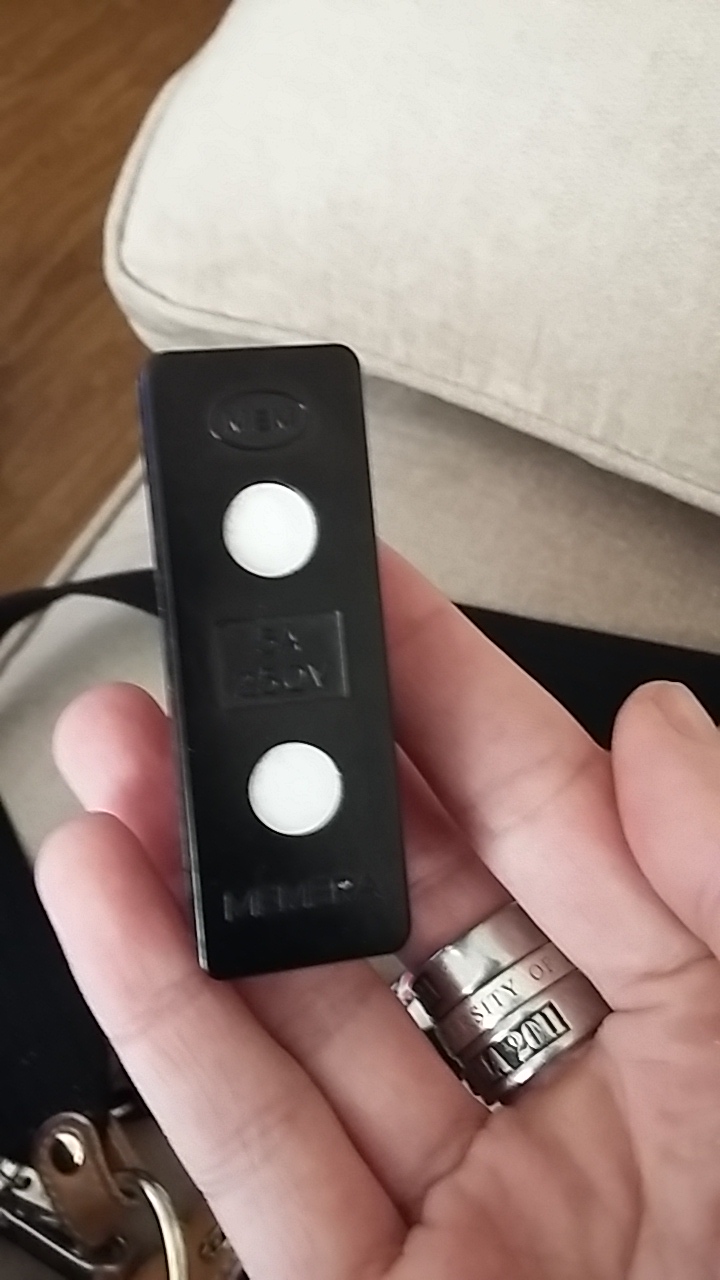 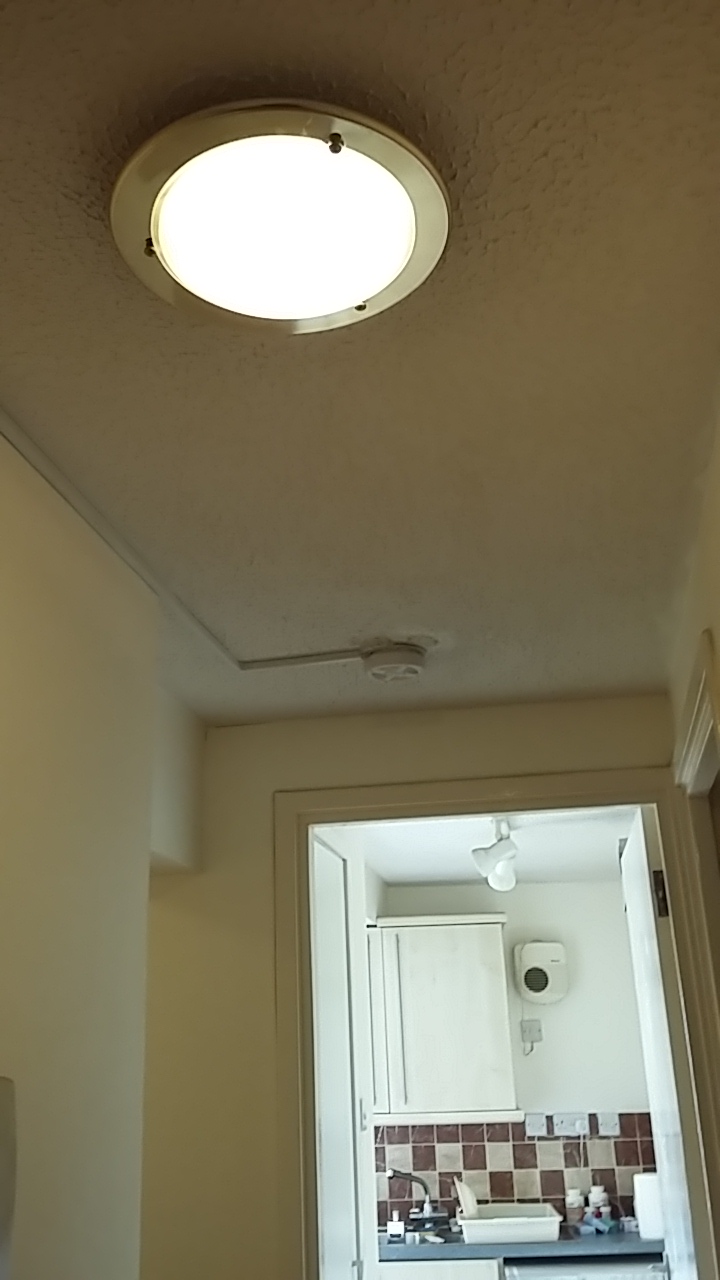 And then there was light!

Considering I cried when I was told I had to do it myself, I was all about the victory dance when I got the lights back on. In the end, it wasn’t a hard thing to do at all, but it was the fact that I was able to do it on my own without screwing anything up really made me happy. I was expecting it to take more than an hour to fix. While I was at work my landlord dropped off some fuses, and while it was too late, I appreciate the gesture.

I also have a new found appreciation for lamps. I am going to invest some lamps.