Seeing as this is week 27 of the year 2015, I am a bit behind on the challenge. Part of that is the fact that I have been too tired to sit down and write, and part of it is that between the trip to Spain (which I still have yet to give proper time too), the move to Scotland, and my neverending visa issues, I do not have enough hours in the day to get everything done.

Week 23 is dedicated to my favorite physical trait. A couple of years ago, I would have said my abs. Now, after all the stress of the program, the move, and all the change in my life, the abs are in hiding. To be honest, I would have to say that my smile is my favorite physical trait. Thanks to my mom and a really good orthodontist, I have nice straight teeth, and thanks to whitening toothpaste, they sparkle. I’m often told how great and white my teeth are, and on a flight from Germany to Estonia, a Russian man named Alexander asked me if I lasered my teeth. It took me awhile to figure out what he meant from that, but he was asking if I had my teeth professionally whitened. It made me laugh. The second thing that I like about my smile is that it brings out the dimple in my cheek. When I was a kid, that was one way that people could tell me from the wombmate, and now, I think it gives me a childlike quality that I love. 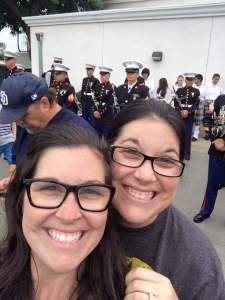 Week 24 is a book I learned from. Being that I am a nerd and have read hundreds, if not 1,000 books, it is hard to think of just one that I have learned from. From a personal standpoint, there are so many that I am not sure that I could just pick one, but from a teaching and learning point of view, there is one book that has guided not only much of the writing and research I have done, but also helped guide me towards the type of educator that I want to be. That books is The Pedagogy of the Oppressed by Paulo Freire. Here, a very talented author and scholar (a.k.a., me) sums up the book:

First published in Portuguese in 1968, Paulo Freire’s Pedagogy of the Oppressed has become one of the most valuable texts in philosophy of education classes. The first English translation was published in 1970 and has seen several reprints and updated editions. Freire’s book is a scathing critique of the traditional top-down teaching methods where ‘instead of communicating, the teacher issues communiqués and makes deposits which the students patiently receive, memorize and repeat’ (72). This ‘banking model of education’ (Freire 2000: 70) is thus used as a tool of oppression where the teachers have all of the power, and students are nothing more than empty vessels waiting to be filled. Freire was deeply inspired by the philosophy and works of Karl Marx and Franz Fanon, and predicated his own work on the notion that revolutionary educators were needed in order to help students become functional human beings who think critically, question the world around them, and act on their own free will in order to fight oppression and injustice. For him, true liberation, then, comes from the ability to inquire about, reflect on, be conscious of, and most importantly, to act on the world around you in order to transform it (Freire 2000: 79). For Freire, ‘knowledge emerges only through the invention and re-invention, through the restless, impatient, continuing, hopeful inquiry human beings pursue in the world, and with each other’ (Freire 2000: 72). It is up to the educator to help their students become critical beings by first seeing them as capable of higher level thinking than as equals in the process of learning, and then the teacher must trust that the students will use the skills and power they gain from this learning environment.

This book is something that I have read over and over and over again. I did not really understand what it was saying the first time I read it, but now I feel like I am an expert in liberatory teaching practices. I also feel like I have a better understanding of what it means to be a fair and just educator from having read this book. When I was in the midst of Cal State Fullerton, I had a choice to make. I could have played the game, pretended to be racist, and let the awful people in the program “fix” me, or I could stand up for what I believe in, and discuss the obvious injustice of the race that the program viewed race. This book has taught me a lot about how I can recognize those that need a voice, and how I can use my position of privilege to help those in need. As I get ready to embark on my final degree, and then a career of curriculum development, I know that this book will have a place of honor on my shelf.  I’m going to use his words to change the face of higher education one program at a time.